The Bloody Marys and the menstruation hut: working with students to reduce period stigma

Our message is a clear one: that clean water, decent toilets and good hygiene are human rights that everyone should have access to. To make sure we can spread that message as far as possible, we need to communicate in innovative and varied ways – whether it’s a replica toilet outside Box Park Shoreditch, an augmented reality exhibition at Wimbledon or a Peaky Blinders spoof about periods.

Part of how we come up with these innovative campaigns is by working with talented students, who are brilliant at helping us understand how to connect with younger supporters, as well as thinking of creative ideas of their own.

At WaterAid we have a long-standing partnership with the University of Arts London (UAL). We run regular competitions or ‘hackathons' , to help develop the students’ skills, as well as access a pool of passionate young minds.

One area of our work that we know resonates with young people strongly, particularly women, is periods. We’re working to make sure everyone can manage their periods safely and with dignity, by building good, well equipped toilets and educating communities on the importance of talking about menstruation openly. Because currently, at any one time, 96 million people on their period don’t have a toilet or the means to do just that.

Earlier this year we set UAL students the challenge of coming up with a campaign for Menstrual Hygiene Day (which is every year on 28 May), to spread awareness of what it’s like to have your period in a country where it’s considered a taboo. 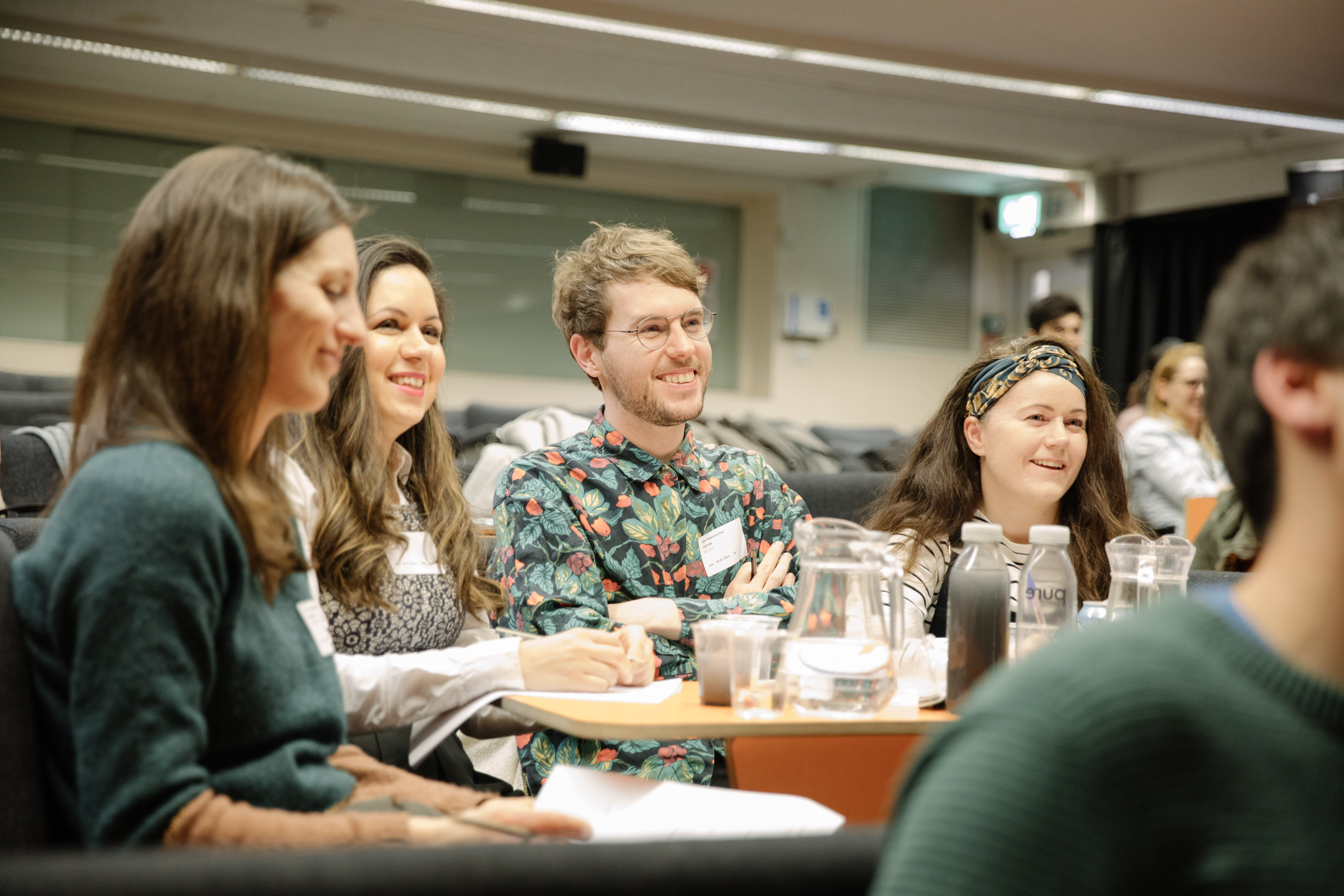 The winning group, aptly named the Bloody Marys, won with their pitch called It’s Bloody Time, which focussed on an interactive installation in the style of a menstruation hut, which are rife in Nepal.

Caitlin, the team’s leader, shared her thoughts on why the pitch resonated with her, and what she thinks needs to be done to change attitudes to periods…

"To me as a young girl, a period symbolised becoming a woman. In fact, I so was so desperate to have mine, I went to the kitchen and put red food colouring in my knickers to pretend I’d started. I don’t think my mum was convinced.

Since starting my period, I’ve always valued the connection I feel to myself and my gender during it. Sure, there’s pain and heightened emotion while on it but, to me, it’s something I celebrate openly.

Sadly, that isn’t the case around the world. In so many places, including the UK, periods are taboo. So often it’s related to men not understanding women’s bodies, or media portraying blood as something that’s always violent and gory. But bleeding in the context of menstruation is perfectly natural and (mostly) non-violent. 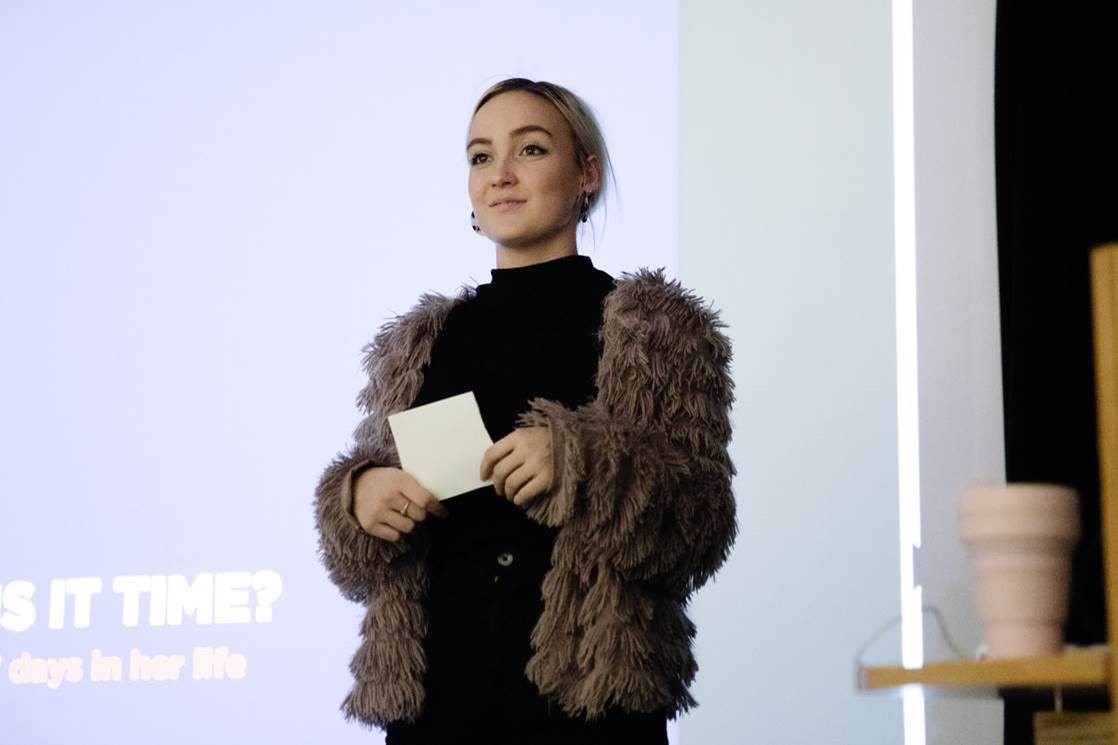 Cailtin, team leader of the Bloody Marys, presenting their pitch at the hackathon

I’m so passionate about empowering women around the world, and making periods normal plays a big part of that. For us in the UK, that might mean being more open about being on our periods, or openly carrying tampons to the toilet. Elsewhere in the world, it’s about breaking down taboos.

That’s why the brief around Menstrual Hygiene Day stood out to me so much. When we presented our pitch to the WaterAid judges, we opened with a question: “which of the six of us are on our period?”

We went on to explain that regardless of global stigmas the way that each of us dress, act, learn and participate in our social surroundings goes entirely unchanged when we are on our periods. Unfortunately, stigma like these are hindering female education and empowerment worldwide.

In Japan, for example, women can’t be sushi chefs because supposedly their taste is off when they’re on their period. In Bolivia women can’t throw away menstrual products with trash, because it’s thought to produce cancerous toxins.

Most women are on their periods 25% of the time from roughly 12-50 years old...that’s insane! I think your period is a way that your body can talk to you and it comes up so much in a woman's life so I think we really need to be having a more open dialogue about what our bodies are saying."

The Bloody Marys were one of seven groups that took part in ‘The Water Fight’ hackathon with WaterAid, as part of a partnership with UAL.

Find out more about our work with students and universities >

22 May 2019
by
Frank, Yani and Geoff
Volunteering, Our supporters, Fundraising
4 min read

Why volunteer for charity? WaterAid volunteers tell all

Sofia Helin: It’s time to break the silence on periods

Why we shouldn’t be ashamed of being #PeriodProud

Breaking the bloody taboos around menstruation