From our President and Chief Executive to our committed Trustees, meet the people governing the work we do.

Around the world, our network of dedicated staff and local partners make our work happen.

In the UK, that includes our President, Vice President, Board of Trustees and Chief Executive.

Together, every decision they make ensures our work is efficient, effective and sustainable, and takes us closer to our goal: making clean water, decent toilets and good hygiene a normal part of everyday life for everyone, everywhere.

WaterAid UK is part of a global federation, alongside six other members: America, Australia, Canada, India, Japan and Sweden. Together, we work with partners around the world, including the Sukaar Foundation in Pakistan, who support girls with good hygiene practices.

WaterAid was founded in 1981. We welcomed HRH The Prince of Wales as President in 1991, and since then he has seen the impact of our work first-hand in Uganda and Tanzania. He is passionate about finding sustainable solutions to the water crisis, particularly in light of the current threats to our climate, which are already negatively impacting freshwater supplies in the countries where we work.

Baroness Chalker of Wallasey has been Vice President of WaterAid since 1997. She was Minister of State at the Foreign and Commonwealth Office from 1986 until 1997. Today her roles include:

A long-term supporter of WaterAid, Andy is passionate about making clean water, decent toilets and good hygiene available to everyone, everywhere.

As Chair of WaterAid UK, Andy also leads WaterAid UK’s People Committee, overseeing our approaches to remuneration and people management and is a trustee of WaterAid international. 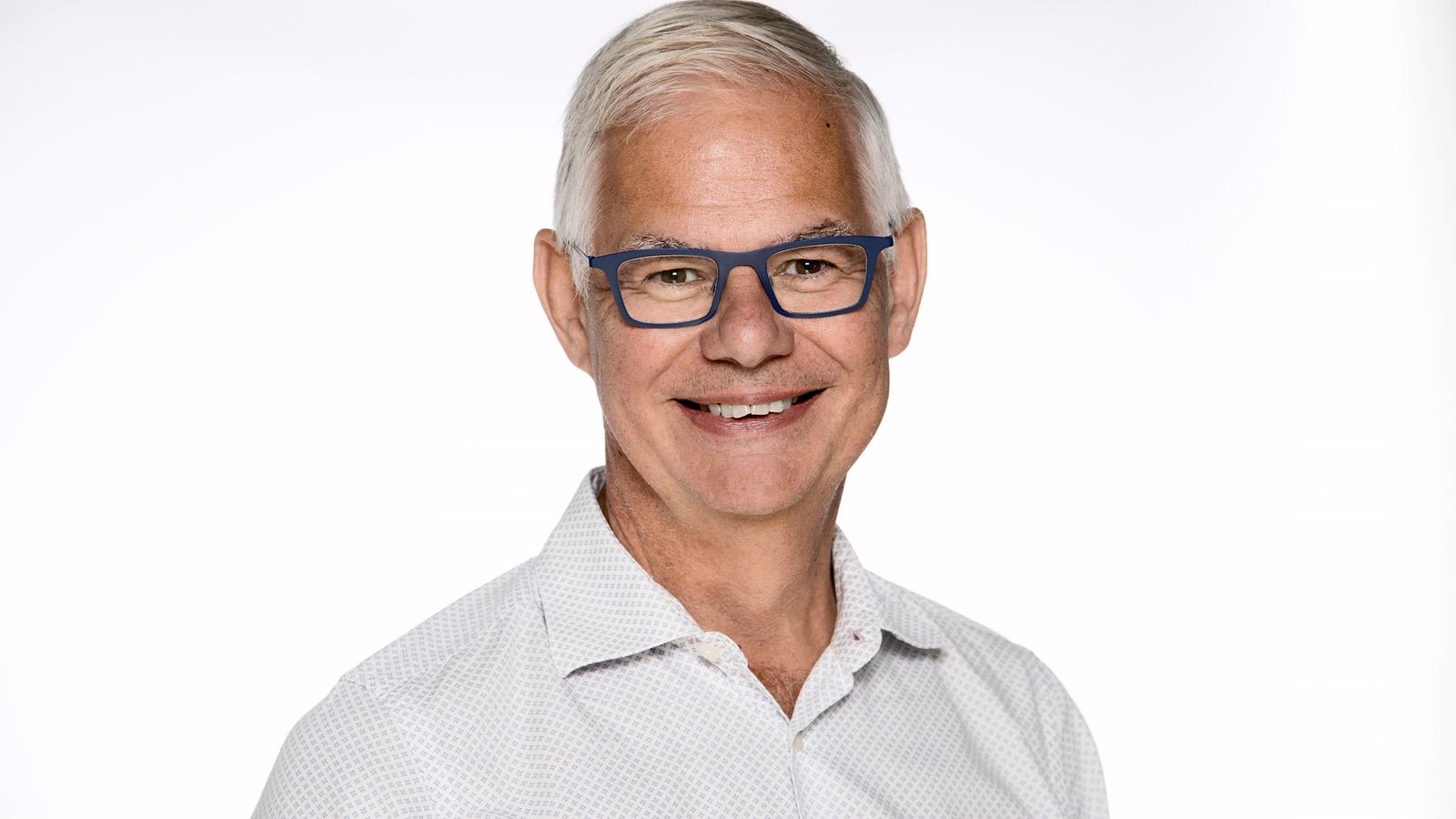 We started in 1981, when several UK water companies came together at the Thirsty World Conference. Determined to find a solution to a global crisis that had left billions without water, toilets or hygiene, the idea for WaterAid was born.

Read more about our history

Tim believes water, sanitation and hygiene underpin all progress in development and is committed to WaterAid’s global strategy to transform lives by ensuring everyone, everywhere is reached with services that last. In today’s challenging world, this requires renewed energy and collaboration with partners from civil society, governments and the private sector.

Before joining WaterAid, Tim spent six years as Chief Executive of ADD (Action on Disability and Development) International, an NGO working to promote independence, equality and opportunity for disabled people in poverty in Africa and Asia. Tim also served as the Chair of Bond, the consortium of UK international development agencies, for three years.

He spent two years as Director of the English Regions for the Equality and Human Rights Commission in the UK, and before that held a range of senior roles with Oxfam and VSO in the UK, Beijing and Bangkok.

Tim began his career at British Airways, spending eight years in operational research and marketing roles, after completing a degree in maths at Cambridge and a masters at Lancaster.

Tim lives in Oxford with his wife and two daughters, where he has been a school governor and, when time permits, removes the larger weeds that grow between the vegetables in his allotment.

What makes our Trustees so special? They give up their time and energy for free, to help us make a bigger impact and change millions more lives.

Heather joined the Board in 2017 and has 20 years’ experience working in international development as a Water, sanitation and hygiene expert.  She has previously worked for the World Bank and USAID and is now Principal Specialist in WASH at DAI Consulting – based in Washington.

Mala is Senior Clinical Fellow at the Dept of Primary Care and Public Health, Imperial College London and has extensive experience in strengthening health systems and workforce development for public health in the UK, India and SE Asia. She is a campaigner on the health aspects of climate change and is passionate about the integration of WASH and health policy and delivery, which are key elements of WaterAid’s Global Strategy.

Heidi has been Chief Executive Officer of the Northumbrian Water Group since 2010. The Group delivers water and waste water services serving a population of 4.2m. Prior to that she was Managing Director of Northern Rail, the UK’s largest train operation company. Heidi has considerable experience at Chief Executive level of strategy development and is a great advocate for and supporter of WaterAid.

Manuel is a former President of the Water and Sanitation Regulatory Council of Mozambique. The majority of his career was spent working for the Mozambican Government in water supply and sanitation. Manuel has vast international experience through his work with the World Bank, WHO and UNICEF and through his presidency of Aquashare – a network of water professionals from across Portuguese-speaking countries.

Matt is CFO of global real estate partnership Knight Frank, with more than 500 offices and 19,000 people across 60 territories, and a strong presence throughout Asia and Africa. Prior to this he was CFO for Arup for 13 years, an employee owned firm of consulting engineers and planners known for its innovative and sustainable design, with an annual revenue of £1.6bn. Matt trained as a planner before qualifying as a chartered accountant.

Zaid is Chief Marketing Officer of Channel 4. Previously he was Brand & Marketing Officer of BT plc, which operates the BT, EE, Plusnet & Openreach businesses. He is a Non-Executive Director and Council member of the Advertising Standards Authority. Previously, Zaid was Managing Director of Procter & Gamble UK & Ireland. He has an MA in Philosophy, Politics & Economics from Oxford University.

Peter worked for Anglian Water for many years before taking the helm as CEO in 2013. His previous roles include Managing Director and Chief Operating Officer, Prior to that, he held positions within the international division, including Regional Director for Europe and South America. Peter is a past Chair of both Water UK and the Institute of Water. He is a committed supporter of WaterAid and, under his leadership, Anglian has been a major contributor.

Alyson has had a long career as a legal adviser; in private practice with Clifford Chance, and since 1996 at GE, a leading global high-tech industrial company. Throughout her years at GE she’s worked predominantly with its energy businesses, largely in global roles, based in the UK, the USA, and for the last seven years in Paris, France. She’s currently the General Counsel for GE Renewable Energy, which includes Onshore and Offshore Wind products, Hydroelectric equipment and Grid Solutions.

Harpinder (Pin) Collacott has led Development Initiatives, an organisation providing data-driven analysis to support poverty eradication, as Executive Director since 2015. She is a Trustee of UK Umbrella body, BOND, and also mentors young minority women to advance their careers. Pin has a strong background in politics and policy, advocacy and achieving change at the global level working with think tanks, UN war crimes tribunals, within philanthropy and consultancy.

Guido is Executive Director of the UN Sustainable Development Solutions Network. Previously, he was CEO of Paris-based CDC Climat Asset Management; Director and Partner at South Pole Carbon Asset Management in Zurich; led the Millennium Development Goal Support Team at UNDP; and served as Policy Advisor and Associate Director of the UN Millennium Project in New York. He holds a PhD and Masters in Economics, as well as a Masters in Physical Chemistry.

Hilary is a chartered accountant and has a portfolio of independent roles within international organisations, specialising in financial management, audit, risk and governance. These organisations include CGIAR and ICARDA which focus on food security; the Church Commissioners and a major private philanthropic foundation that focusses on human dignity.  Prior appointments include roles with the World Agroforestry Centre UNESCO and senior positions in World Health Organization, UNICEF and Kleinwort Benson.

Our Trustees are recruited through an open application process. Our aim is to always make sure the Board:

We actively encourage people with international development experience and those of African or Asian origin to apply.

Trustees are elected for a four-year term that may be renewed for another four years. Occasionally this is extended further, to make sure specific skills are represented on the Board.

Our Chief Executive is appointed by our Trustees. Along with our Directors, the Chief Executive is responsible for managing our five departments: International Programmes, Policy and Campaigns, Communications and Fundraising, Finance and Information Services, and People and Organisational Development. Our Internal Audit function also reports directly into our Chief Executive.

At WaterAid we are determined to see a world where everyone has access to safe water, sanitation and hygiene by 2030 and we are committed to maximising our impact to help ensure that this is achieved.

We are very aware of our responsibilities to those who benefit from our work as well as our supporters, donors, staff and the public. In setting pay we take seriously our responsibility to ensure value for money in everything we do, always being effective stewards of our resources. This includes using our money wisely to ensure we pay competitive and fair salaries that enable us to recruit and retain staff with the right values, skills and experience to achieve our mission. We aim to remunerate and to review remuneration in a transparent way.

All of our staff have an annual performance review. We believe that basing an element of pay on performance demonstrates our commitment to value for money, accountability to our stakeholders, and reinforces the importance of high standards of performance for all staff.

Pay scales for all staff are set with reference to market conditions, comparing ourselves with similar not-for-profit organisations. Market pay is determined using recognised salary surveys specialising in the Charity and International Development sector. We seek to pay between the median and upper quartile of these comparators.

Pay ranges for the Chief Executive and Directors are set with reference to market data for each individual role, benchmarked using at least three relevant remuneration surveys.

Each year we consider an increase to be awarded on 1 April. Increases are determined taking into account the benchmark data, individual performance and affordability.

The People Committee of the Board provide assurance that WaterAid’s global remuneration policies and principles are being applied. The Committee reviews all proposed increases for Directors and recommends the remuneration of the Chief Executive for approval by the Board of Trustees.

Our Board of Trustees are not remunerated.

Our annual reports let you meet the people changing their lives, and see how your support is making a lasting difference around the world.

We ensure our resources are put to the best possible use so we can transform even more lives with clean water, decent toilets and good hygiene.

Discover our approach to value for money

We couldn't do the work we do without you, which is why we value your trust so highly. It's also why we make this promise to you.

How we make your gift go further

We are committed to fairness and transparency in managing the salaries of staff.

Read our statement on gender pay