144 pairs of brightly coloured wellington boots stand in the garden of London’s Victoria and Albert Museum today, to highlight the 144 million children, women and men across the world who rely on surface water like puddles, ponds and lakes to drink from.

Our visual display seeks to highlight the point that puddles are for splashing in, not drinking.

In normal times, scenes like 2-year-old Archie splashing in the popular paddling pool in the V&A garden, which is currently closed to the public, is quite a normal sight. 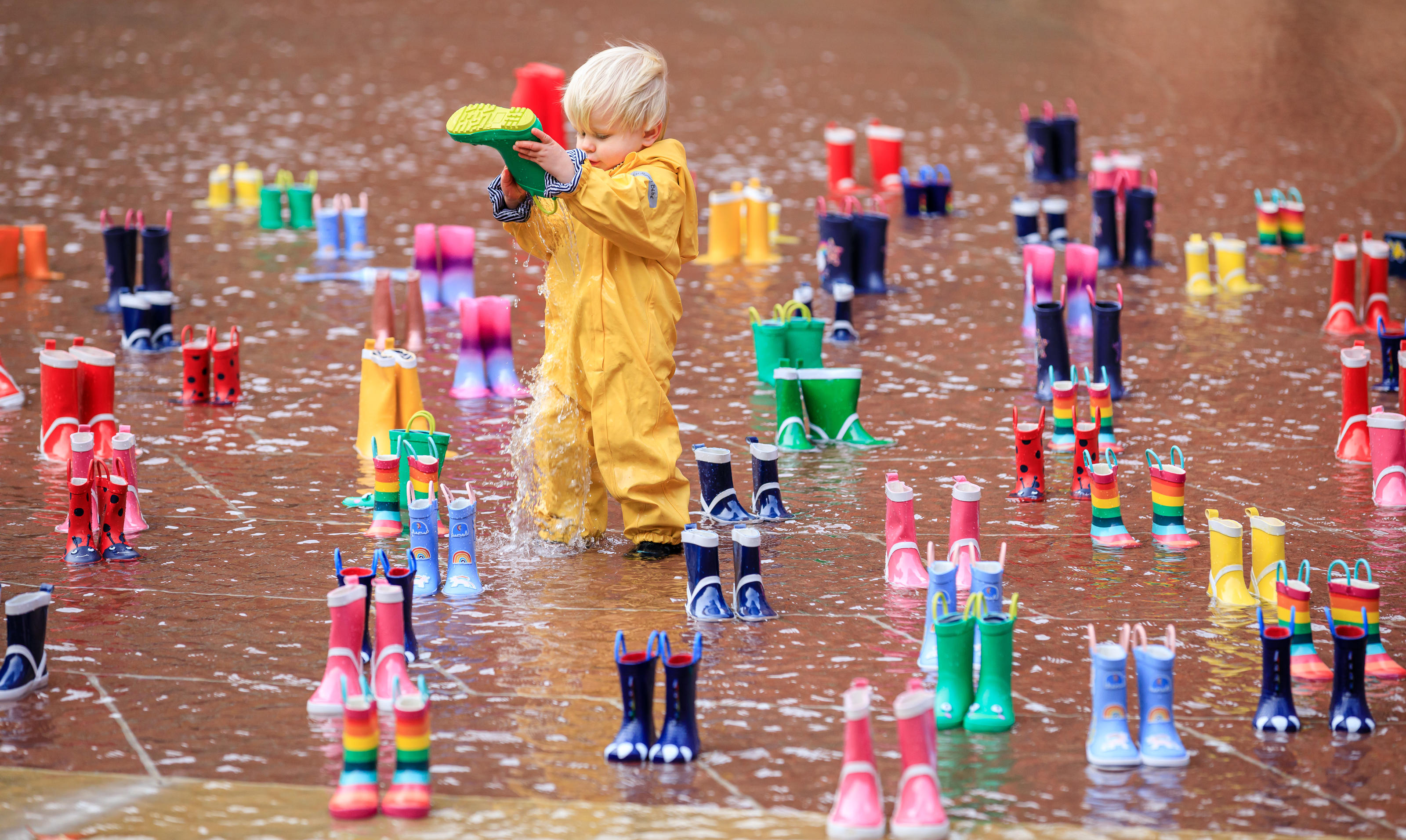 Across the UK, children have been playing in puddles during this wet autumn. We decided to create this thought-provoking installation as a reminder that for many children around the world, this would not be the case.

In communities like Frat in Ethiopia, due to a lack of clean water, families resort to collecting water from either a river or a large pond, both of which are dirty and difficult to access.

Animut’s family mainly relies on the pond for their water needs. The pond, which resembles a giant puddle, is surrounded by mud, full of leeches, and is also used by animals. It fills up during the rainy season and dries up in the summer. Over the years, the amount of water has been decreasing as the climate changes. 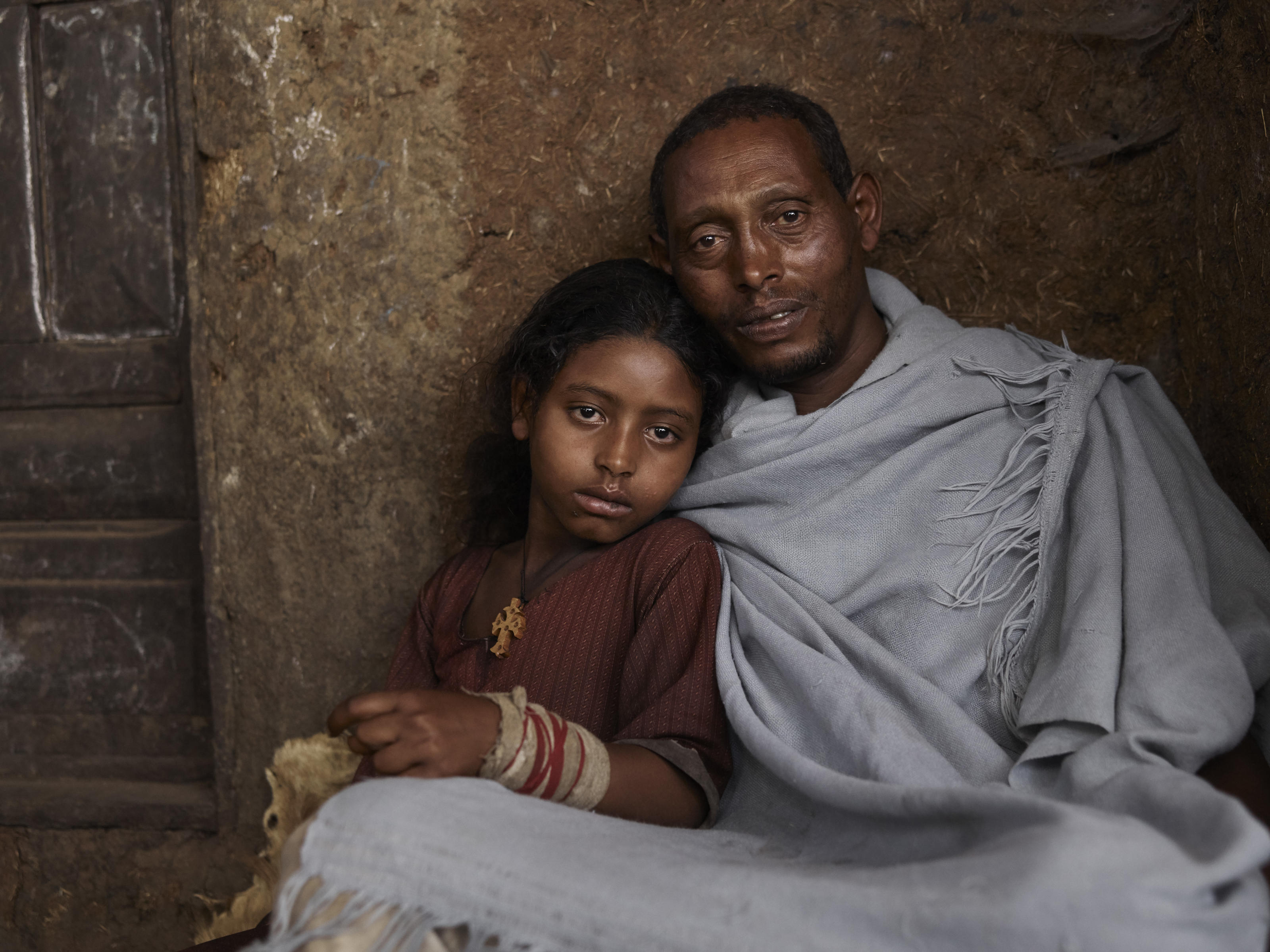 When parents like Animut are busy farming, their children have to collect water. Recently, his seven-year-old daughter Aynadis became stuck in the thick mud while carrying a heavy jerry can of water, and fell and broke her arm. Animut had been saving to buy a sheep for his farm but had to use his money to take her to the doctor, several miles away. Aynadis has to miss school while she is recovering.

This isn’t the life Animut wants for his daughter. He said:

“Were it not for the poverty and the problems that beset us, I would not have allowed even myself to go into this cold, muddy water let alone my little girl. The water is dirty; we use it because we have no other option.

“Being free from having to drink from this worm-infested pond will make a good difference to our health.”

Animut’s wish for his children is that they get a good education, so they can build a better future for themselves. When clean water comes to Frat, his children will be healthier, safer, and will have more time to go to school and pursue their dreams, whatever the future holds. With clean water on tap, they will also be able to grow food even when the weather is unpredictable. 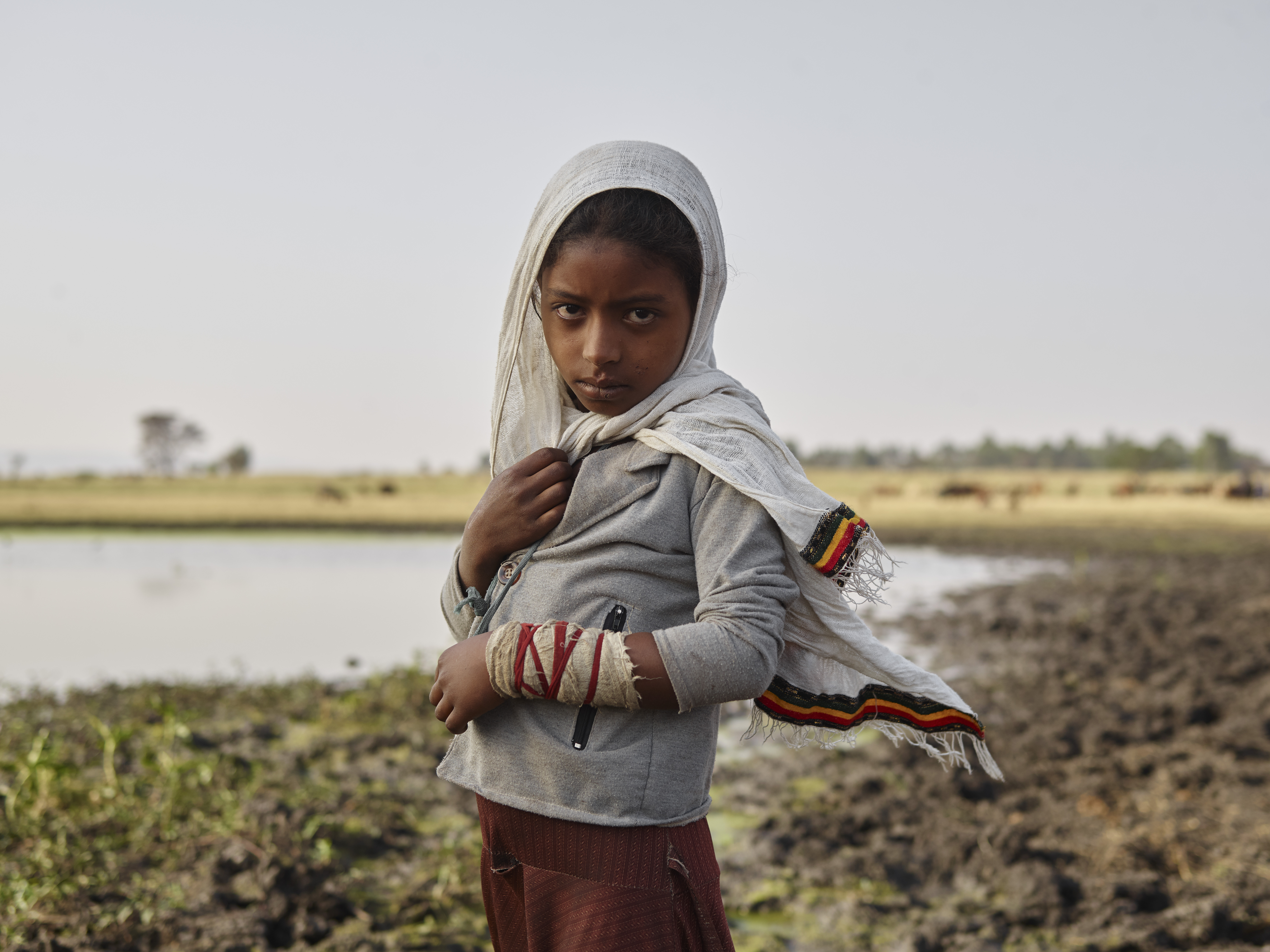 WaterAid/ Joey Lawrence
Aynadis (Animut's daughter), who hurt her arm by carrying water, stands by a large pond where people collect water in the community of Frat, Ethiopia.

This winter, our Future on Tap appeal is showing the difference clean water can make.

Until 4 February 2021, your donations to Future on Tap will be doubled by the UK government, up to £2 million, making double the difference in climate-vulnerable communities like Frat.