Why Ringo Starr, The Cure, Sigrid and more designed badges for WaterAid at Glastonbury Festival 2019

This year, we gave out limited edition pin badges when you refilled your water bottle at our water kiosks at Glastonbury Festival 2019.

We asked some of our most influential supporters to design the badges, including music artists Ringo Starr, The Cure, Sigrid and Neneh Cherry, as well as artist David Shrigley. Completing the collectable set of six exclusive badges is the new official Glastonbury Festival 2019 badge, designed on behalf of the Eavis family by Stanley Donwood - known for creating artwork for Radiohead.

As well as collectable mementos from Glastonbury 2019, the badges were created to raise awareness of the millions of people who have their access denied to clean water, decent toilets and good hygiene, simply because of inequalities beyond their control.

Find out how we're tackling inequality

If you didn't manage to get a hold of the badges at Glastonbury, keep an eye out on the artists' social media accounts who might be giving away the badges in a competition. Multiple entries will be disallowed.

All of the artists involved passionately believe that no one should have their access denied to clean water, decent toilets or good hygiene. They tell us more about why they got involved, below.

Ringo Starr, legendary drummer of The Beatles, has supported WaterAid for years.  His badge design features words from his signature phrase, "peace and love", adding the word 'water' over an image of a peace sign emerging from a waterfall. 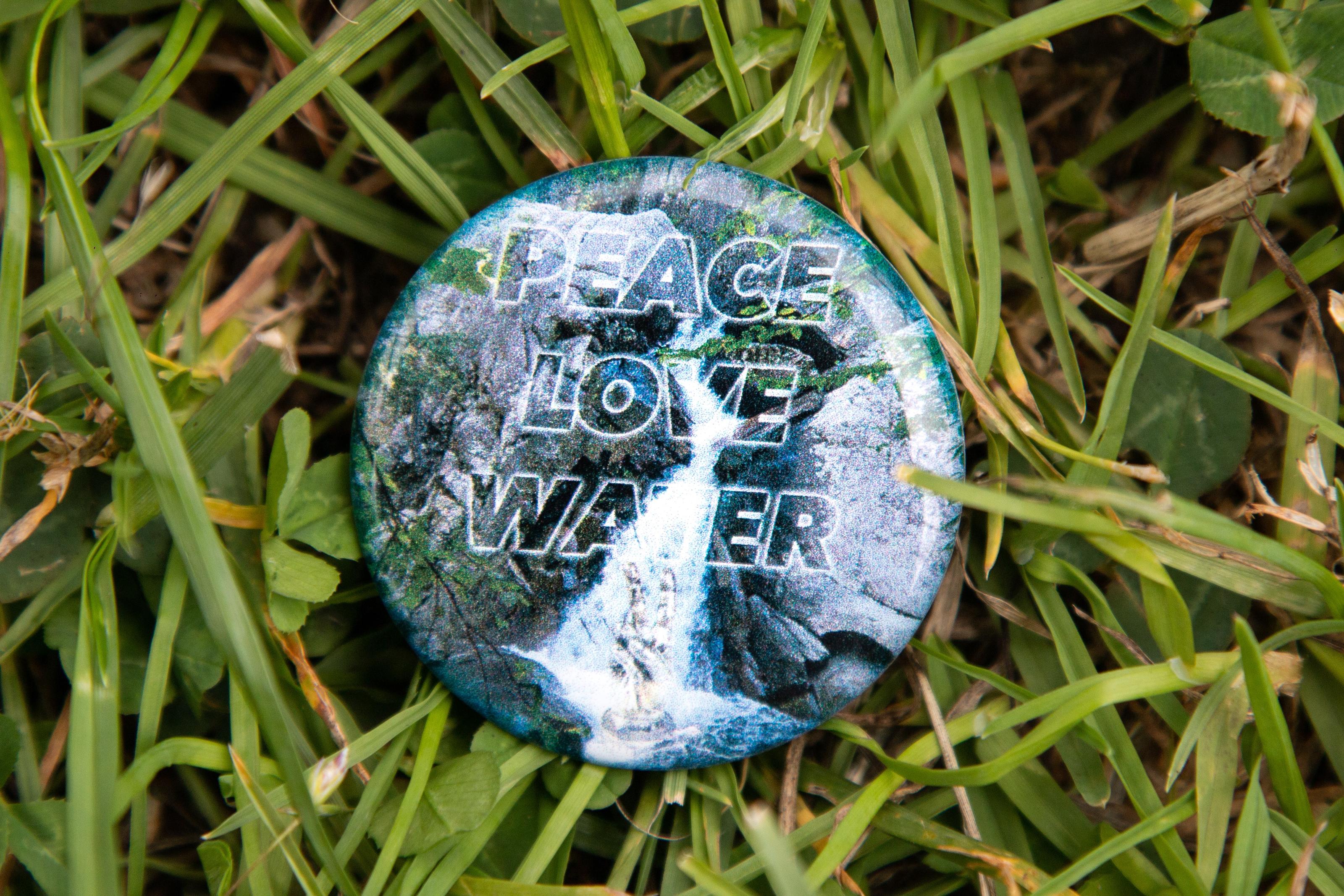 Ringo said: "I have always supported WaterAid because I believe everyone on this planet has a right to have clean water. They asked me to create a special badge for Glastonbury Festival and you can get it and show your support for their great work when you visit WaterAid’s water kiosks at the festival. Peace and love, Ringo"

The Cure, who headlined on Sunday night at the festival, said:

"Without water there wouldn’t be life. Everyone should have this basic human right, but millions have their access denied because of who they are or where they live.

So if you’re going to Glastonbury Festival this summer, head down to the WaterAid water kiosks to refill your bottles while also helping make a noise about this injustice and supporting the charity’s work to change lives for good." 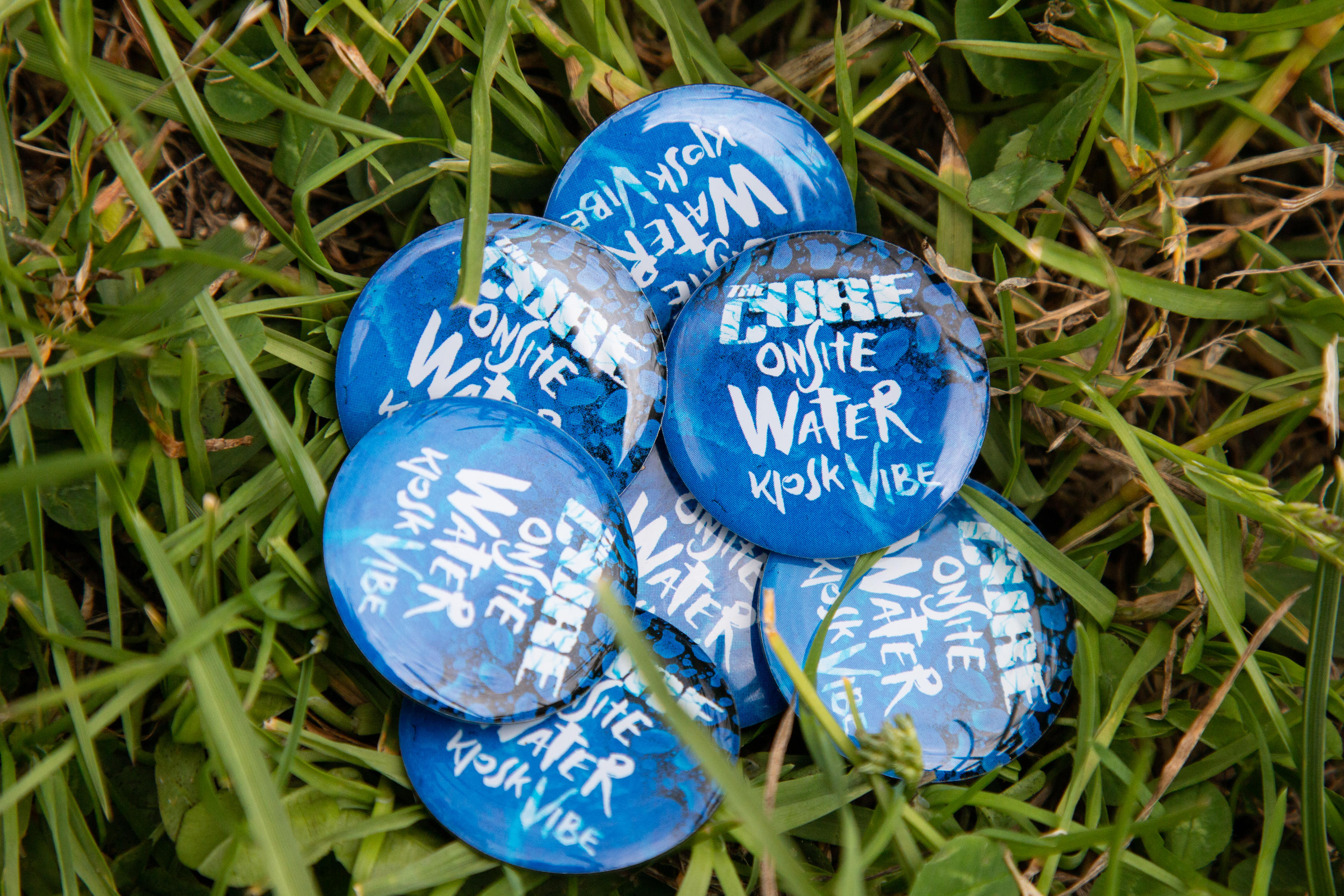 Pop singer Sigrid has used a Norwegian saying as inspiration for her badge which in English reads: "There is no such thing as bad weather, only bad clothing." 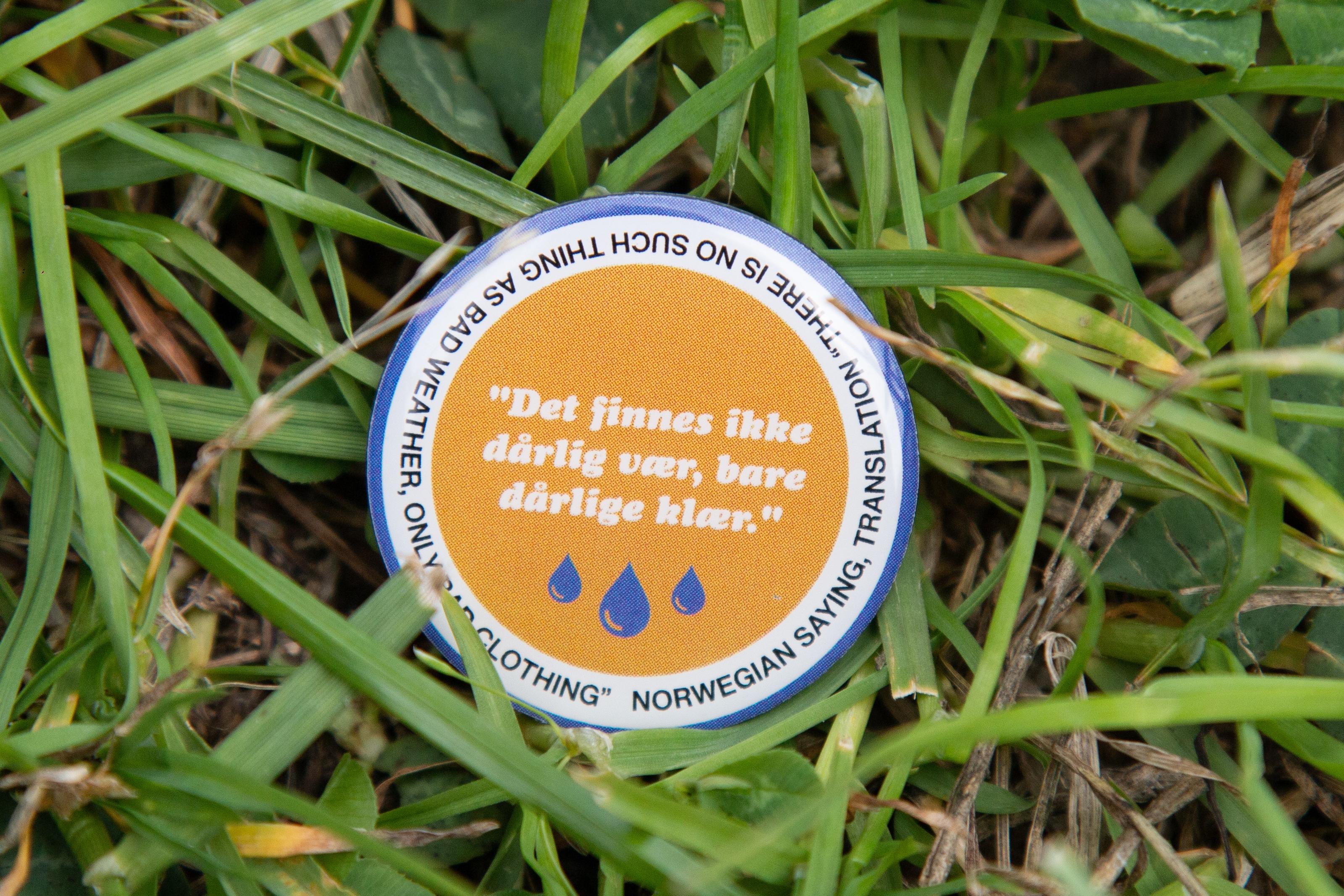 "It is truly horrifying and crazy that people still don’t have clean water in 2019.

Millions have to walk miles each day to collect water that’s not even clean, affecting the lives of young people in particular and limiting their future potential.

WaterAid is working towards a world where everyone has access to this basic human right, and I’m proud to be supporting their Access Denied campaign at Glastonbury this summer." 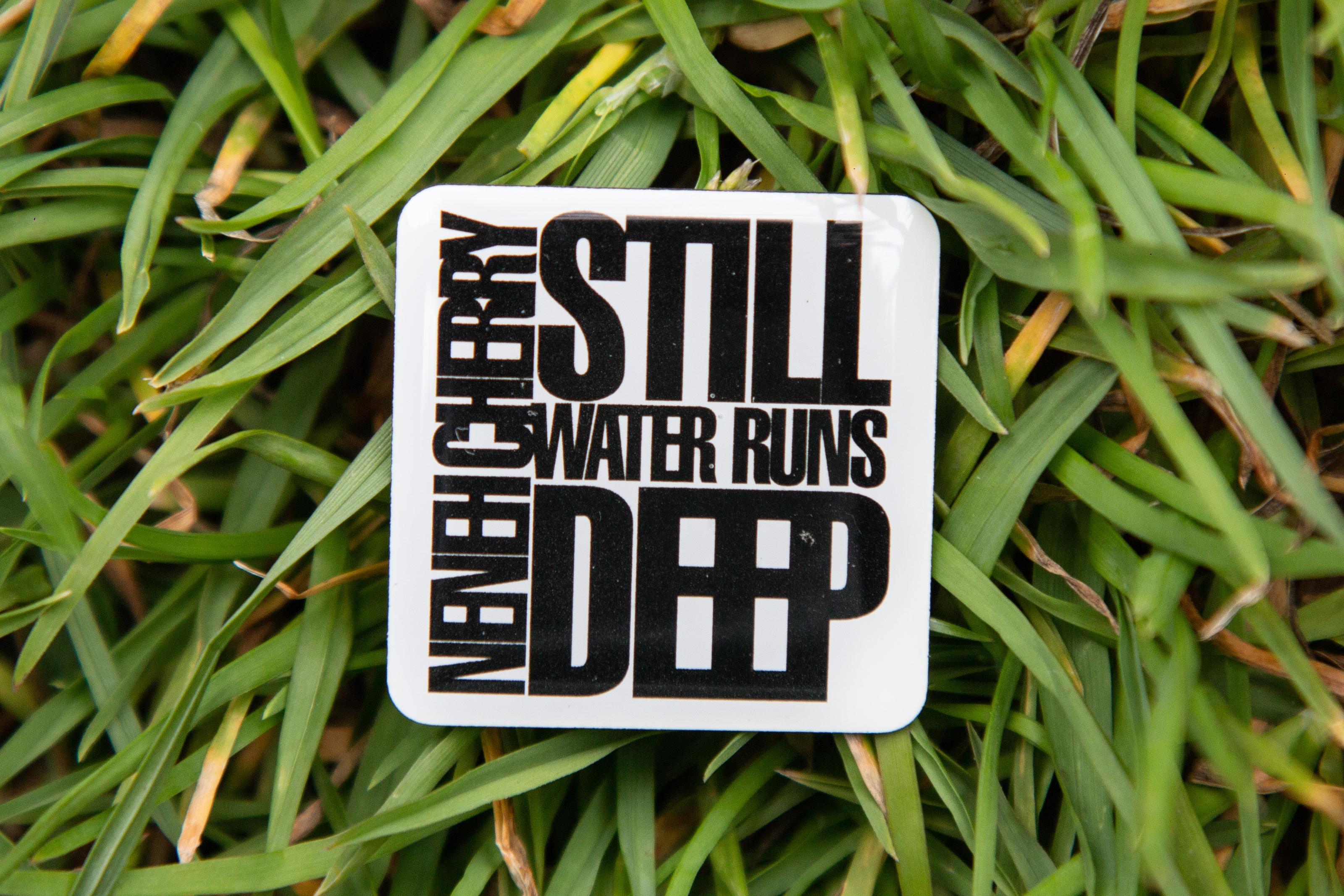 "It is completely unacceptable that around the world, millions of families are living without clean water, impacting on their health, their education, their futures. When I heard that WaterAid’s Access Denied campaign aims to bring everyone clean water by 2030, I knew I had to get involved to help make a difference."

"It’s so easy for us to take clean water for granted – we can just go to a tap and get it whenever we want. Yet for 1 in 9 people around the world, this is just a pipe dream.

I wanted to support WaterAid’s Access Denied campaign at Glastonbury Festival, to show how something so simple is still out of reach for millions across the world. Everyone should have access to a lasting supply of clean water, wherever they live."

And finally, just for WaterAid, Glastonbury Festival have brought back the official Glastonbury pin badge to support the Access Denied campaign. It depicts the legendary Glastonbury Tor under a full moon, surrounded by a rainbow.

Find out how we're tackling inequality

Check out the other amazing things that happened at Glastonbury this year, and look out on our artists' social media accounts for badge giveaway opportunities! Remember that multiple entries won't be allowed.