Our changing climate is making life harder for the world’s poorest people already struggling to get clean water. The climate crisis is a water crisis. We need to act now.

Did you know that 2019 was the second hottest year ever? The last decade was the warmest one yet. Globally, temperatures are rising, which means the weather is becoming more extreme, resulting in either too much or too little water. In fact, a staggering 90% of all natural disasters are water-related, and they're massively impacting people's lives.

We’re feeling the effects of too much water here in the UK as floods worsen and become more regular. In Australia, communities and wildlife have been impacted by too little water through extreme heat and catastrophic bushfires.

But it’s the world's poorest people, in the countries that have done the least to contribute to climate change, who are worst affected.

A shocking 1 in 10 people don’t have clean water close to home – and the climate crisis is only making that worse. By 2040, 1 in 4 children will live in regions where water is dangerously scarce.

Together, we need to take urgent action, to defend the right to clean water for everyone, regardless of where they live, and to protect our future generations, before it's too late.

How does climate change affect people's access to clean water? 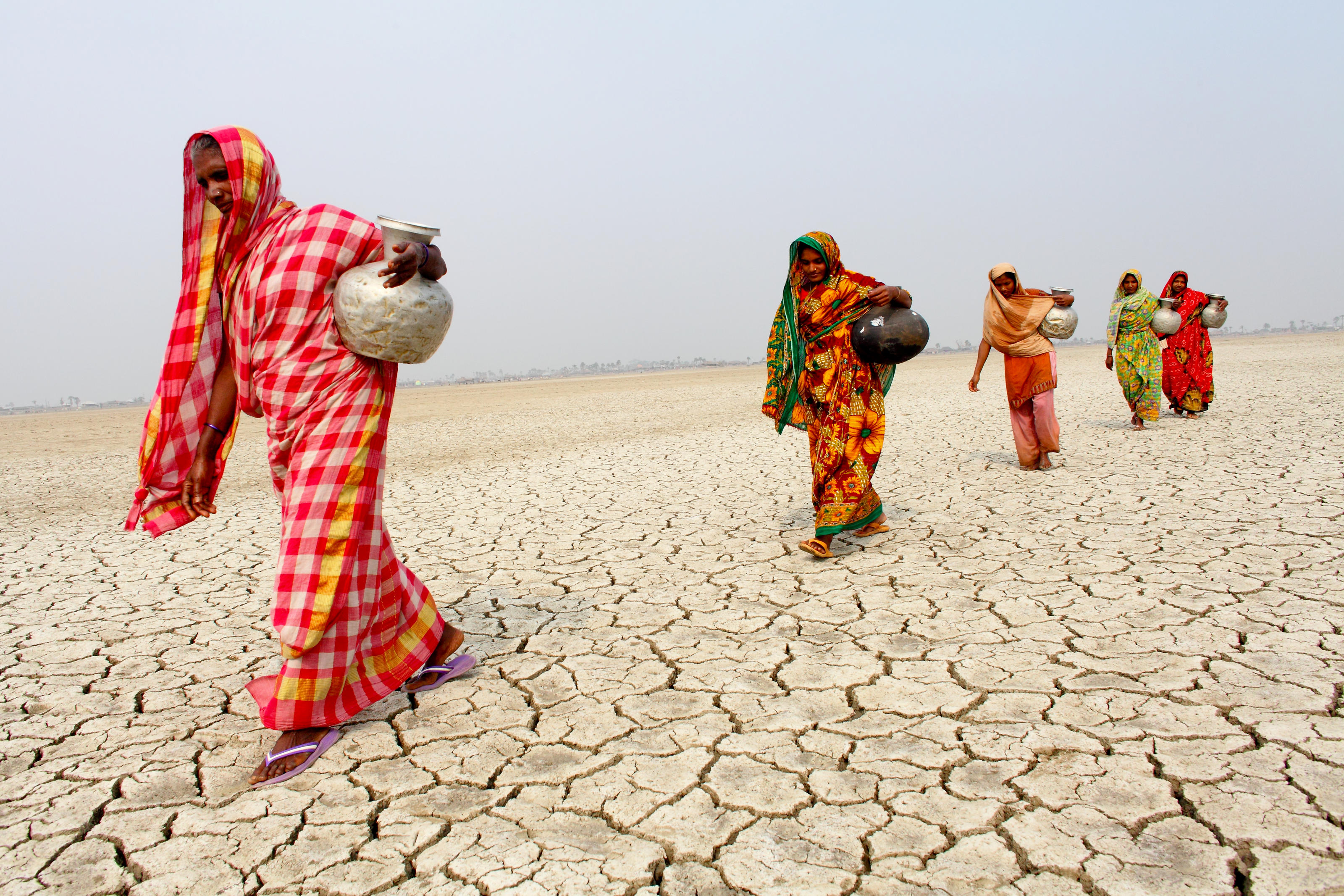 WaterAid/ GMB Akash/ Panos
People in Koyra, Bangladesh have been feeling the impact of climate change for years. The barren ground these women walk across to collect water became contaminated after cyclone Aila hit in 2009.

In countries like Bangladesh, Ethiopia and Mozambique, climate change is causing prolonged droughts. That means people have to walk further to find water. Often the only water available is dirty, which makes people sick. Drought also means farmers’ crops are more likely to fail and cattle risk dying, so they have less produce to sell and families have less food to eat. 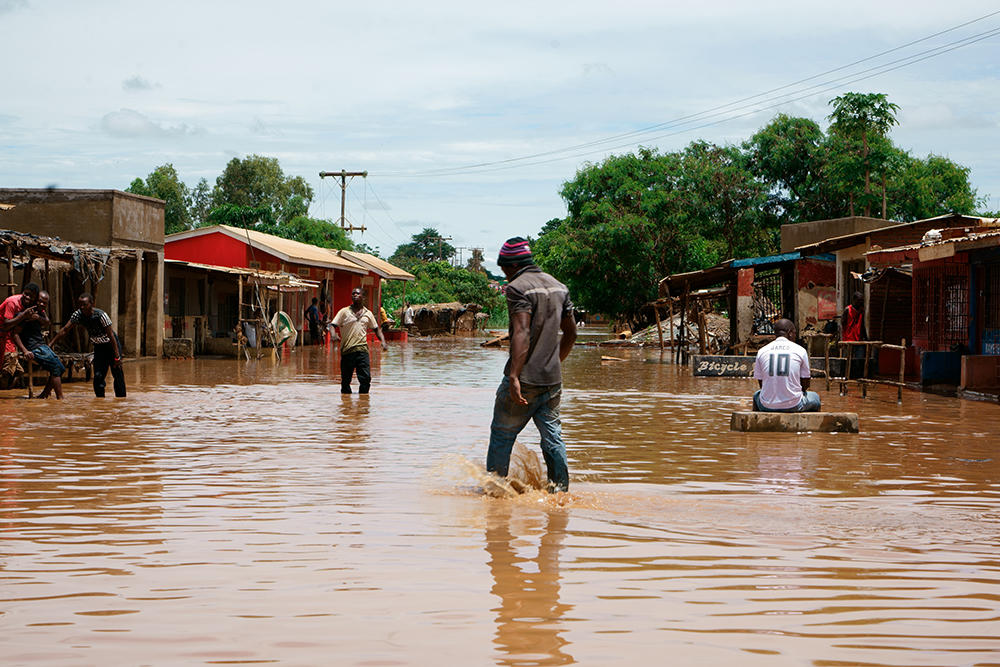 Malawi, Pakistan and Timor Leste are some of the countries increasingly affected by flooding and least prepared to adapt to the extremities. Floods can destroy people’s crops, toilets and homes, and they can contaminate drinking water sources, damaging people’s livelihoods, their dignity, their safety and health.

Watch this video to find out more about the impact of climate change on our global water supply:

What does WaterAid do to help the people worst affected by climate change?

We provide water services communities can rely on

A reliable source of clean water is the first line of defence against the impact of our changing climate on people’s lives and livelihoods. Together with supporters like you, we’ve been transforming millions of lives with clean water for decades.

We provide waterpoints and pipe networks that can withstand floods, so people continue to have clean and safe drinking water. And we help people monitor and manage their water supplies properly to meet their basic needs in times of drought.

We work with governments and businesses for bigger change

We share our knowledge with governments and the private sector to change even more lives. We work with governments to make sure access to clean water is at the heart of their climate adaptation and development plans.

But nowhere near enough government money is invested in helping people most vulnerable to climate change. Our research shows that in some of the poorest countries in the world, as little as $0.20 per person is spent each year on making water services climate resilient.

We're calling for an urgent tenfold increase in climate finance spent on getting sustainable, clean water to the people currently forced to live without, so they can cope with the effects of climate change.

We have paused our climate campaign so we can ramp up our support to help people in the communities where we work to stay safe during the COVID-19 pandemic. We will resume campaigning later on in the year, so please visit us again soon.

Read more about our approach here

Building resilience to the effects of climate change

Floods and storms made the water in Shila's community in Bangladesh unsafe to drink. It caused widespread sickness. With support from HSBC, we worked with Shila and her community to introduce a water filtration process which makes the water safe for drinking.

What can I do about climate change?

Support our work to help communities survive and thrive, by adapting to the effects of climate change. 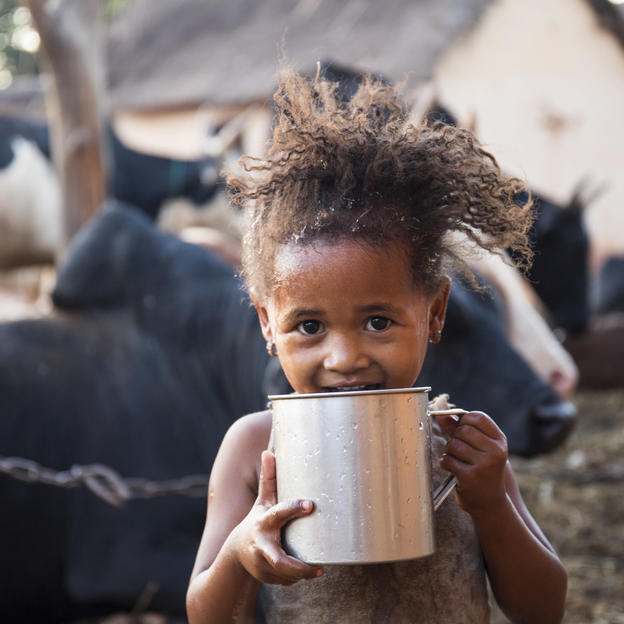 Join thousands and pledge to walk further than usual in solidarity with those who have no choice but to walk to collect water. 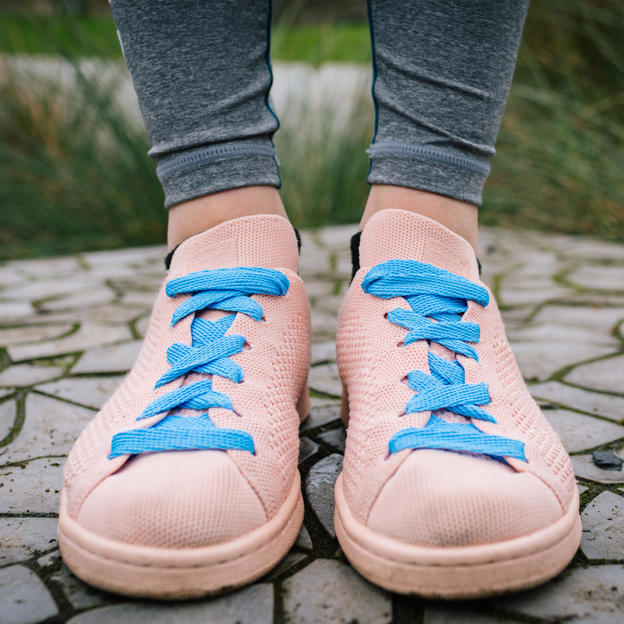