With clean water, we can help more communities like Lovasoa unlock their potential.

Madagascar is renowned for its extraordinary biodiversity – 90% of wildlife here exists nowhere else on Earth. The world’s fourth largest island is less well known, however, for its lack of clean water and decent toilets.

Most people are small-scale farmers, growing just enough to feed their families. Dirty rivers are the only source of water for almost half the population, and only one in ten people has a decent toilet. Deadly diarrhoeal diseases are common, but many families can’t afford to see a doctor.

The island is vulnerable to tropical cyclones, droughts and floods, which destroy existing facilities. Climate change is making these events more frequent – so precious water resources are becoming even harder to protect.

That's almost half the population.

More than 6,500 children under five die a year from diarrhoea.

Our work in Madagascar

We’ve been getting clean water, decent toilets and good hygiene to people in Madagascar since 1999.

We strengthen the skills of national and local officials, get the different government ministries working together, and fight to put hygiene at the top of the agenda. We empower people to demand their rights. And we show others how to scale up our approach, so even more people can benefit.

We’re determined to reach people in the remotest and most overlooked places.

Many of the places where we work are so remote, there are no proper roads to reach them. We share our expertise in technologies like gravity flow piping, reservoirs and boreholes to build sustainable, climate-resilient water systems – and their impact is transformative.

Providing people with the tools they need to speak out

If they're not built in the right way, toilets and water facilities can exclude people with disabilities. In Morondova, we train local group members, like Saidson, to demand that authorities provide services for everyone. Now, these toilets can be accesssed by all.

As part of our ongoing work bringing clean water and sanitation to Manjakandriana, we’ve been supporting local residents – many of whom earn less than $1 a day – to set up and manage their own village savings and loan associations (VSLA).

One such association is Soafiary (meaning ‘good things are grown and saved’) in the village of Volavy. Members contribute what they can each week, then take loans when they need to, so money's no longer a worry when it comes to things like school fees or home repairs.

As well as financial security, the group gives women the chance to come together, take ownership of their finances, and challenge traditional beliefs about their roles as home-makers. 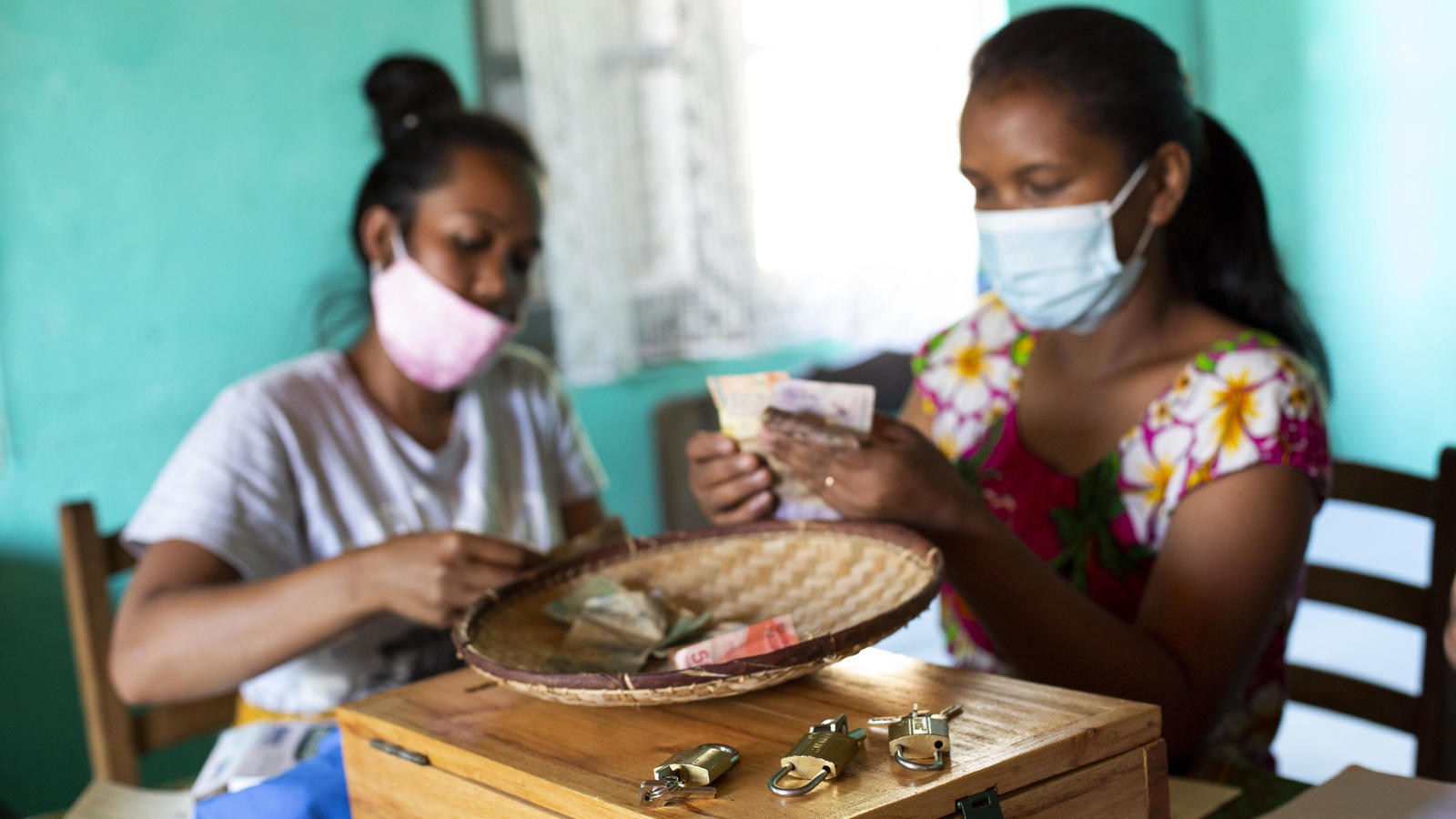 Soafiary has definitely changed our lives in our village... I am so grateful to be part of this amazing change in our community. I am so proud of us and what we have achieved so far.
Narindra Miora Tolojanahary, VSLA member

Before the arrival of clean water, daily life in the remote village of Tsarafangitra was a struggle. Children were often sick, leaving parents with no choice but to spend what little money they earned on medicine. Time spent collecting water was time taken away from work and education.

Since we built toilet blocks and a gravity-flow water scheme in 2018, the village has transformed. Thanks to the community fountains, children no longer waste hours fetching dirty water. They don’t miss as many lessons because they’re ill. And drinking water and toilets at school mean pupils can concentrate on their lessons.

Access to these essentials has given children the opportunity to play, to learn – and to dream of the future.

I like school, my favourite thing is doing writing exercises. I want to be a doctor when I grow up. It is good now the taps are at school, it is different.
Tantely, 8

Curbing the spread of COVID-19

With so many people still without clean water, COVID-19 gives our work even more urgency. We’ve been running public hygiene campaigns and installing contactless handwashing devices in markets, health centres, government offices and schools, like this one in Analamanga.

Ready to make a difference? Just £2 a month can help us reach more remote communities.

Get involved, your way

Join an event, fundraise with friends or find your own way to transform lives.

Delve deeper into our work

Explore the latest publications, research and policy papers from our work in Madagascar.

Read the latest on WASH Matters

Keep up to date